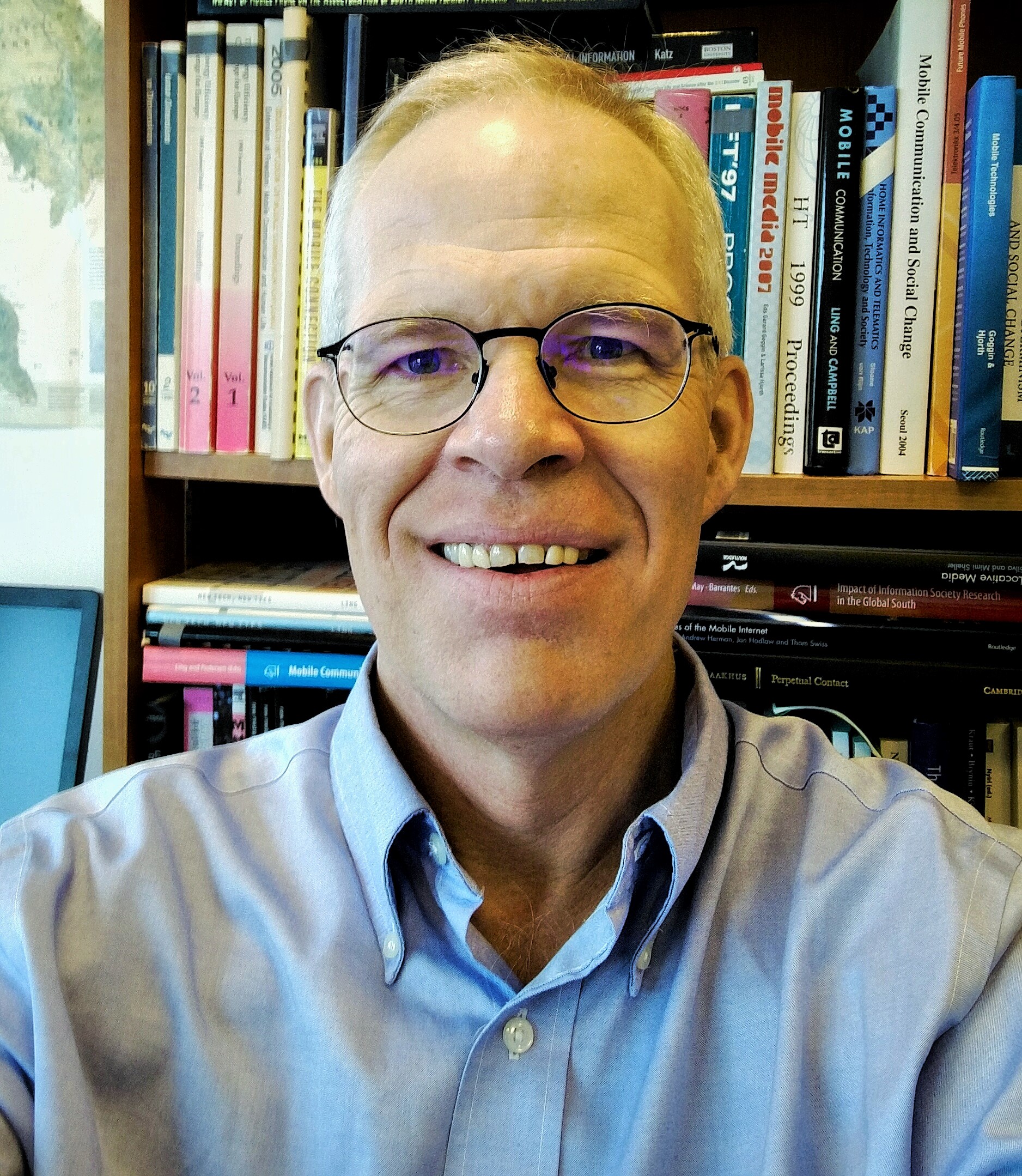 Richard Ling (Rich Ling) is a communications scholar who focuses on mobile communication. He was the Shaw Foundation Professor of Media Technology at Nanyang Technological University, Singapore (2013-2021). He has also lived and worked in Norway. He has studied the social consequences of mobile communication, text messaging and mobile telephony. He has examined the use of mobile communication for what he calls micro-coordination, used by teens, and use in generational situations, as a form of social cohesion. Most recently he has studied this in the context of large databases and also in developing countries. He has published extensively in this area and is widely cited. He was named a Fellow of the International Communication Association in 2016. He was named editor of the Journal of Computer-Mediated Communication in 2017. Provided by Wikipedia
1